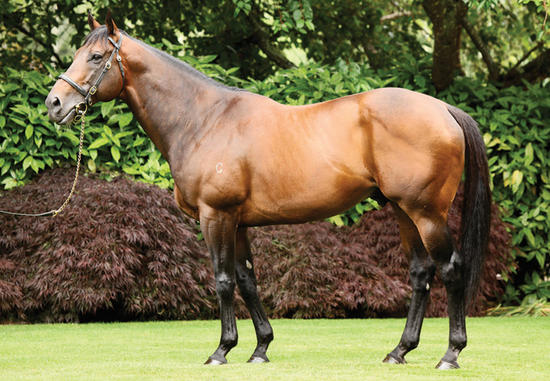 Placed at her first two runs when featuring in the steward’s report after being checked in one race and slowly away in the other, Aonair appreciated a better run in transit to score an easy win carrying the colours of New Zealand breeder Terry Jarvis.

Perfect Persuasion is due to foal to Golden Slipper winner Vancouver this spring.

Ridden back at his previous two starts, Wassergeist went forward for Craig Williams to lead and kept going to win by more than a length.

A $240,000 NZB Premier purchase from the Lyndhurst Stud, Wassergeist was bred by SF Bloodstock and is the third winner from Group II winning Thorn Park mare Te Akau Rose.

The colt maintained his unbeaten record at his first run of the spring, surging home for Mark Zahra to win the 1200 metre sprint by a head taking his overall record to four wins with prizemoney just shy of $200,000..

“He’s a very exciting colt and you just love to see them resume like that,” Maher said.

“He’d furnished during the break and put the writing on the wall with his trials and the team has done a great job to get him here today.”

Group I goals are on the agenda for the royally bred colt, who runs for a partnership that includes Coolmore.

“He was nice and relaxed today which is a great sign for the future as he was quite a raw colt and wanted to get on with it a little bit as a two-year-old,” Maher said

“Now he’s furnished into a more rounded racehorse and stretching out over the longer trips he looks as though he will relax really well.

“He actually raced like a horse looking for a trip today he was so relaxed. He’s a pretty casual bugger, really good set of lungs and he’s really well bred.

“He’ll go to the Golden Rose next in three weeks then back here for the Caulfield Guineas.”

Bred by Chris Barham and foaled and raised at Segenhoe, Merchant Navy is one of six winners from the good producing Snippets Group III winner Legally Bay, a half-sister to Group I winner Bonaria.