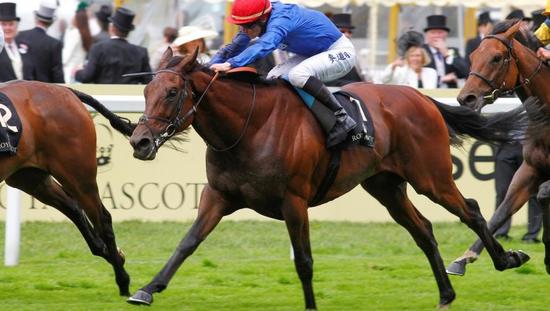 The Melbourne Cup hopefuls have dodged Wednesday's Bendigo Cup as an opportunity to better their prospects with and only seven horses will head to the gates for the $300,000 Group 3.

Of the seven only Qewy and Foundry remain in contention for the following Tuesday's Melbourne Cup yet both eight-year-olds are considered highly unlikely final acceptors for the $6.2 million race.

The Jayco Bendigo Cup is arguably the Jewell in Country Racing's Cup Days. Set in the heart of spring, backdropped by the historical and iconic Grandstand, with sweeping views and brightly coloured roses that line the mounting yard; you could be forgiven for thinking you had arrived at Flemington.

With lush green lawns, blue sky and the ultimate Spring Weather, the Jayco Bendigo Cup attracts some of Australia's best trainers and riders. With the community bestowed a public holiday, the racecourse is always a hive of activity. The Myer Fashions on the Field will be huge this year with fashionistas travelling far and wide to take home Country Racing's most coveted sash.

A troublefree preparation has Godolphin visitor Qewy ready to take up where he left off in Australia 12 months ago when he runs in the G3 Bendigo Cup on November 1.

This time last year Qewy produced the best form of his life to win the G3 Geelong Cup, finish fourth in the G1 Melbourne Cup and then sign off with victory in the Listed Sandown Cup.

A year later he is back and on track to add another trophy to the collection in a race won in 2016 by the Appleby-trained Francis of Assisi.

“We’ve had a bit of extra time to get him ready this year and he’s in the right form to run well again,” said trainer Charlie Appleby’s travelling head lad Chris Connett.

“There hasn’t been an issue of any kind with him since he left home, we couldn’t be happier.

“He did a nice, easy canter this morning and will do the same on Tuesday and that will have him right for the race.”

Qewy (Kerrin McEvoy) will be giving weight to each of his six opponents at Bendigo, but his form of last season suggests he is up to it.

After winning at Geelong and finishing just behind the placegetters at Flemington he carried 58 kg to win over 3200m at Sandown and on Wednesday has 59kg.

Among his opponents is the last-start G3 Coongy Handicap winner Kiwia and the G1 Metropolitan handicap winner Foundry, who has since finished tailed off in the G2 Herbert Power Handicap.

Appleby will decide on a further spring target for Qewy after the Bendigo race with the Melbourne Cup again a possibility, along with a return to Sandown on November 18.

Jayco Bendigo Cup Day also offers a great range of corporate dining packages in our Silks Dining Room. Perfect for business, the Silks Dining Room also cateres to groups and families, too.There's also free activities for families with young children, and the bookie ring and TAB for those looking to land a winner.

Come and find out why the Bendigo Jockey Club has been awarded Country Racing's Customer Service award. This is a jam-packed racing event, which is not to be missed.