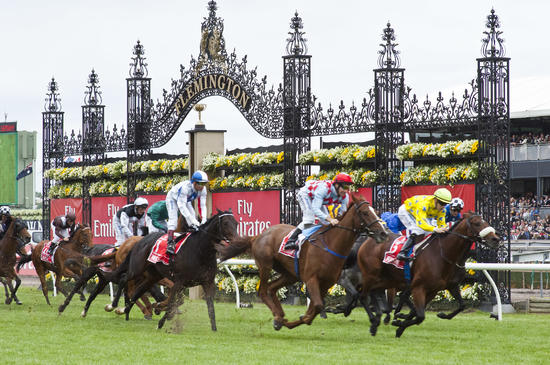 In 1895 the American author and traveller Mark Twain went to Flemington and saw the three-year-old filly Auraria win the Melbourne Cup.

The victory itself was unremarkable, but Twain’s impressions of Australia’s great race were the opposite.

“Nowhere in the world have I encountered a festival of people that has such a magnificent appeal to a whole nation,” Twain wrote.

“I can call to mind no specialised annual day in any country whose approach fires the whole land with a conflagration of conversation and preparation and anticipation and jubilation.

“The Cup astonishes me.”

Not because it makes any great contribution to the thoroughbred breed: it’s more a Grand National than a King George, more “jumpers flat” than Arc, despite the A$6-million it offers in prize money.

In Australia, it doesn’t matter that their great race can be won, as it is so often, by a modestly-bred old gelding.

Neither does it bother some of the world’s finest international trainers and most prominent owners, including Godolphin’s founder His Highness Sheikh Mohammed, who line up year-after-year to be a part of it.

As the celebrated author and newspaper editor Les Carlyon explains, The Cup is ingrained in Australian life.

“As well as everything else, the Melbourne Cup is a national reference point,” says Carlyon.

“A farmer would be telling you about a terrible drought. He’d say he couldn’t remember the date, ‘but it was the year The Trump won the Cup’.”

In its 156 years, the Melbourne Cup has been won by royalty and rogues, by milkmen, by school teachers, by the wealthy, the bankrupt and the derelict, by arguably the greatest horse Australia has seen, by a part-time hurdler from Ireland, by a horse who in 1861 walked 500 miles to get to it and by a 13-year-old jockey whose name was unknown even to him.

It is a race that is older than the Kentucky Derby and the Prix de l’Arc de Triomphe, and one that had already been run 40 times before Australia became a nation.

And it is the centrepiece of the best-attended racing carnival on earth.

To most Australians it is known simply as “The Cup”, and its most famous, most loved and most prolific winner is a trainer known by all of them as “Bart”.

On Tuesday James Cummings will saddle Hartnell, his first Cup runner as a trainer in his own right, who will be attempting win the race for Sheikh Mohammed and Godolphin.

And no-one will be astonished if he does.