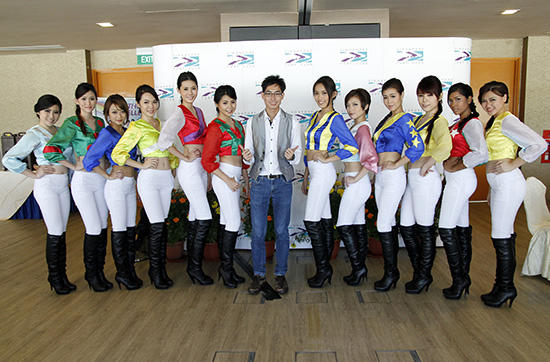 The Singapore Gold Cup is the richest race on the Singapore racing calendar with a history dating back to 1924.

Singapore is much more than the sum of its numerous attractions. It’s constantly evolving, reinventing, and reimagining itself, with people who are passionate about creating new possibilities.

Don’t stop at finding out what you can do when you visit. Let our Passion Ambassadors show you what you can be when you’re here. Because we’re more than just a destination. We’re where passion is made possible.

Dester 100% Malt (5% alcohol) is a full-flavoured, aromatic brew designed and specially developed by Lubritrade, a company that has been in the alcohol industry for the past 25 years in the region. Discovering a niche for a local premium beer, the company gathered a team of brewing specialists and beer connoisseurs in their product development team to create their own unique European styled pilsner recipe. Dester 100% Malt is specially commissioned to be brewed in Korea by Oriental Brewery, a brewing company established since 1952, using premium hops and the finest quality malt. With the first sip, drinkers will experience a deep malty flavour from the finest golden malt. The rich body of the beer is complemented by the slight lingering sweetness of pure malt. The beer’s perfect gold and amazingly smooth finish distinctly leaves a clean and crisp finish on the palate. So smooth and rich, Dester 100% Malt is a definite crowd-pleaser which makes one wishes for another.

Inspired by the luminosity of the lager against the morning light, the company crafted the name Dester from its Dutch equivalent “The Star”, signifying a time of celebration and glory.

Dester 100% Malt is now widely distributed and enjoyed in Singapore and Malaysia.