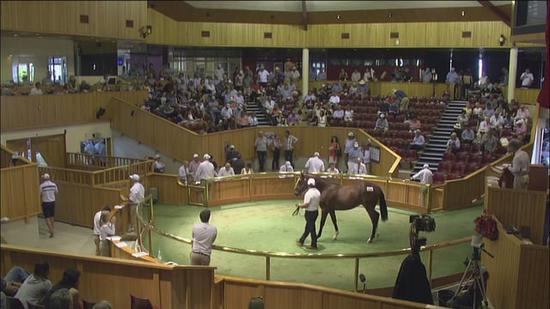 Racetrack’s in New Zealand, Australia, and further afield have delivered some outstanding results to further boost the calibre of pedigrees on offer at the fast approaching Ready to Run Sale of 2YO’s held at New Zealand Bloodstock’s Karaka Sale Centre next week.

Flemington in particular saw Ready to Run graduate Luvaluva (NZ) (Mastercraftsman) come from the back to score an outstanding win in the Group 2 Wakeful Stakes as well as Group 1 Coolmore Stud Stakes-placed Formality (Fastnet Rock) who added to his record of two recent Group wins. Both of these recent Group winners have siblings set to go through the auction ring with Lot 424 (a Per Incanto half-brother to Luvaluva) and Lot 174 (a full brother to Formality).

Kiwi-bred Humidor (NZ) (Teofilo) was only a neck away from causing the upset of the century when he gave champion mare Winx competition in the Group 1 Cox Plate following on from his impressive win in the Group 1 Makybe Diva Stakes. Humidor is out of the winning kiwi mare Zalika (NZ) (Zabeel) who has had two of her progeny sold through NZB and this year the Ready to Run Sale will offer a son at Lot 189 from the same family.

Star kiwi-gelding Kawi (NZ) (Savabeel)recently ran third, to Ready to Run star-graduate Gingernuts (NZ) (Iffraaj), in the Group 1 Windsor Park Plate for his third start of the season. His impressive form includes six Group 1 wins for a total of 14 wins and his Rock ‘n’ Pop half-sister (Lot 219) will be on offer at the Sale. There are also family members of recent Group 1 performers including Karaka graduate Wyndspelle (Lot 422), as well as Journey (Lot 26), Malaguerra (Lot 109), Alluring Star (Lot 204), Stallwalkin’ Dude (Lot 212), and Kementari (Lot 408).

Bright three-year-old Waldorf (NZ) (Highly Recommended) who sold at NZB showed his talent when he claimed the Listed Wanganui Guineas and Lot 44, a close relative, is set to take centre stage next week. Karaka graduate Dijon Bleu (NZ) (Burgundy) scored a black-type treble when she took out three stakes races in a row including the Group 3 Gold Trail Stakes. Her half-brother by Shocking, Lot 300, is set to be auctioned at the Sale. Fellow top-class graduate Jon Snow (NZ) (Iffraaj) showed his true colours winning the Group 3 JRA Cup, and Ready to Run graduate Kelowna Star (NZ) (Sufficient) triumphed in the Listed Autumn Trophy in Macau. Lots 15, and 113 catalogued in the Sale are relatives of Jon Snow – while Lots 119, 143, and 238 are all from the same family as Kelowna Star.

Other recent stakes winners with relatives set to be offered next week include Karaka graduates I Am a Star (Lot 77), Savaheat (Lot 283),Gilt Complex (Lot 344),andInfantry (Lot 370).

Further relatives of stakes winners include: