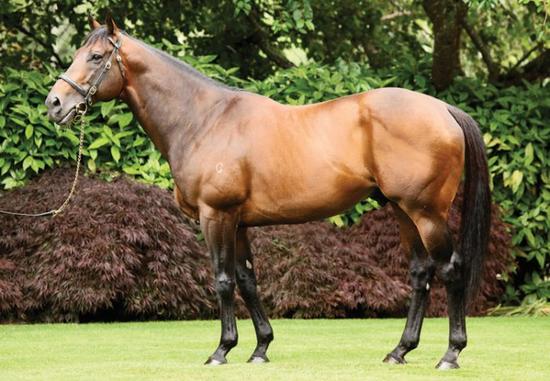 The Chris Waller trained Unforgotten is back on track for a tilt at the Group I ATC Australian Oaks after she was only confirmed to run in the Phar Lap Stakes on race day.

Unforgotten had to pass a barrier test on Thursday after cardiac arrhythmia was detected once she finished last in the Group I ATC Surround Stakes (1400m) at Randwick on March 3.

She had a soft trial, trailing the winner by four lengths, but had plenty on reserve when it mattered most over 1500m.

On race day Unforgotten, was all business storming home from back in the field to score a short head win over Melbourne visitor Holy Smoke in the 1500 metre contest to give Fastnet Rock the quinella.

“Making her trial is good from the punters perspective. Obviously there’s a lot of questions that don’t get answered in racing,” he said.

“There will be a bit of criticism, I’m sure, but we’re doing the right thing by the horse and as a result she’s won a good race.

“We rode her quiet and let her finish off, that’s how she won her races in the summer, where she was starting to build that reputation.”

A $360,000 NZB Premier Yearling Sale purchase from the Curraghmore Stud draft for Chris Waller Racing, Unforgotten has won four of seven starts earning over $300,000 in prizemoney for her big team of Waller stable clients.

Foaled and raised at Coolmore, Unforgotten is a sister to stakes-placed Special Memories and is the third winner from Memories of You (IRE), a half-sister to dual Group I winner Matiara from an impressive European Black Type family.

Memories of You produced a colt by brilliant Group I winner No Nay Never last spring and was then covered by Champion 2YO Air Force Blue (USA).

Also trained by Chris Waller is talented gelding Comin’ Through, who charged through a gap to snatch a narrow win in the Group II ATC Ajax Stakes over 1500 metres at his second run back from a spell.

Waller was upbeat about Comin’ Through being competitive in the Group I ATC Doncaster Mile with Saturday’s victory seeing him shorten from $26 to $15.

“He’s down right at the weights, he was placed in the Randwick Guineas as a three-year-old, he’s never been far away in some of the best races in town,” he said.

“I’d be pretty bullish about his chances.”

Comin’ Through was gelded before this preparation, a decision that now looks as though it was a good one.

“It was a hard decision, especially for (owner) Sir Owen Glenn because he’s a passionate breeder,” Waller said.

Retained to race by his breeder Sir Owen Glenn, Comin’ Through has already won over $600,000 in prizemoney winning five of 13 starts, but his best may still be to come.

Fastnet Rock has 39 entries for the 2018 Inglis Australian Easter Yearling Sale next month.

Cluster Son of Fastnet Rock a Hit in Australia

Fastnet Rock is the Sire on Fire

The best sire in the Southern Hemisphere

11 million dollar yearlings since the start of 2015

Fastnet Rock is also expected to become a leading sire of sires and Cluster is one of the stallions that will help build this legacy.

Cluster is a Group 2 winning and dual group placed son of champion sire Fastnet Rock. From a female line littered with 2yo stakes performers this stunning individual is blessed with great scope and strength and exudes presence. With his first foals now yearlings and many new foals arriving this season the many breeders who supported him will be extremely happy with their decision.