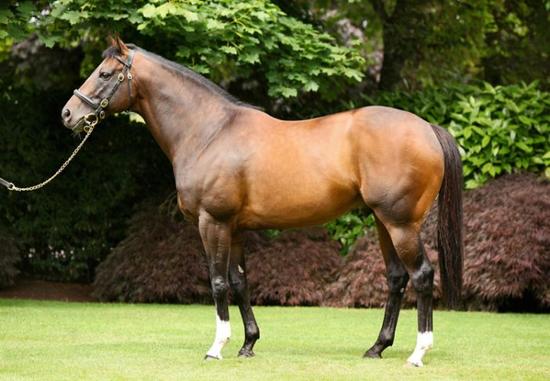 A Holy Roman Emperor half-brother to G1 Epsom Derby winner Wings Of Eagles set an all-time Hong Kong International Sale record on Friday night, as one of 26 lots put under the hammer at Sha Tin Racecourse.

The British-bred gelding, catalogued as Lot 17 and a son of the G1-placed French mare Ysoldina, was bought by Cheung Kwok Keung for HK$11 million (€1.14 million).

This was a new peak for the sale, eclipsing the previous record of HK$10.5 million set last year. The grey is poised to join the stable of seven-time champion trainer John Moore.

Bred by Aliette Forien, the record-breaker had originally been bought by the Hong Kong Jockey Club for€130,000 at Arqana.

Day two of the Goffs November Foal Sale featured a pair of six-figure youngsters for the ever-popular Holy Roman Emperor.

US-based Peter O’Callaghan, owner of Woods Edge Farm in Kentucky, was among the sire’s admirers, picking up a colt offered by Alexandra Whitehead’s Altenbach Bloodstock for €120,000.

An Excelebration yearling colt out of the Kheleyf mare It’s True joined John Gosden after making £95,000 at Doncaster’s Premier Yearling Sale. His two-year-old full-brother Billy Dylan is a dual winner this season for Richard Hannon.
The pair’s Holy Roman Emperor half-brother, offered by breeder River Downs Stud, had plenty of fanciers at Goffs and it was Richard Brown of Blandford Bloodstock who struck the decisive bid of €105,000.

“He’s a smashing colt and he will be back for resale next year,” said Brown. “I loved the half-brother at Doncaster and he’s gone to John Gosden, so he will be working away for the pedigree next year. This colt is also by a very good stallion with international appeal, particularly in Hong Kong,”

Honorius has a good pedigree and the right traits to make him a good stallion. If his progeny follow suit then they should be able to race as two year olds, challenge for major classics as 3yo’s and be durable and tough enough to be able to continue racing for many years.

He is a good addition to the stallion ranks and a horse that deserves following in the Northern Hemisphere throughout 2018.

As befitting a horse named after a Roman Emperor, Honorius is a horse of great style and presence and he is sure to impress breeders as he begins his stud career at Larneuk Stud, Euroa.

Honorius is a 7 year stallion with an impeccable pedigree and strong racing credentials that will prove to be popular in Australia, Hong Kong, Japan, Europe, UK and Singapore, a strong turf stallion that performed at the highest grade Honorius is set to be a future star.

Honorius is out of Irish mare, Zarinia, also dam of South African Champion and Horse Of The Year, IGUGU, winner of four Group 1 events and ten races in all.

He is by proven sire in both hemispheres, HOLY ROMAN EMPEROR, a Coolmore owned sire of ten individual Group 1 winners in seven different countries.

Including a tough fellow by the name of Honorius, a horse whose illustrious background demands attention! A proven high class sire line, an internationally prolific family… he has it all.