The Fastnet Rock You Should be Taking a Look at 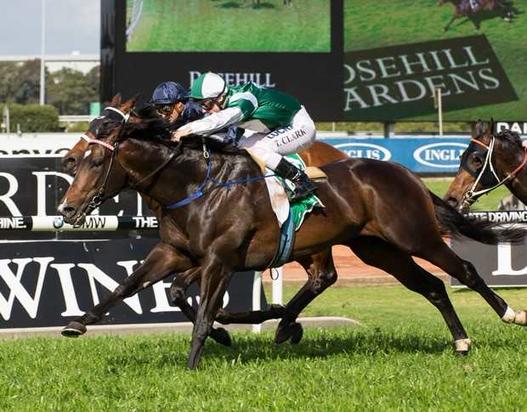 The Fastnet Rock You Should be Taking a Look at

The Day 2 top Lot of the Australian Easter Yearling Sale yesterday was a Fastnet Rock colt out of Group 1-winning mare O’Marilyn, which George Moore Bloodstock purchased for $1.8million Today another Fastnet Rock, the full brother to Shoals hammered for a whopping $2.3m.

Larneuk Stud’s Neville Murdoch has always been impressed by the pedigree of resident stallionCluster and was delighted to see the success of his sire Fastnet Rock and the strong market for his sons progeny at recent sales.

A stunning winner of the Gr.2 Theo Marks Stakes, Cluster was a horse of outstanding ability and Murdoch is delighted with the quality of his first crop of weanlings – four of whom he is taking to this weekend’s Inglis Great Southern Sale at Oaklands Junction.

“He is really stamping his progeny with his own refined quality,” Murdoch said, noting that Cluster is a lovely mix of his champion sire Fastnet Rock and his prolific dam sire Last Tycoon.

“He has his sire’s strength and imposing presence coupled with that Last Tycoon quality.”