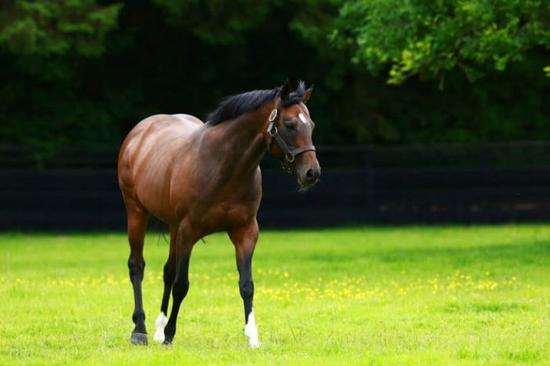 Well Timed (3f Holy Roman Emperor-Wells Present, by Cadeaux Genereux) looks one of the leading contenders for the G1 Preis der Diana following her victory in Hoppegarten on Sunday.

Ridden by Filip Menelik, Well Timed accelerated around 300 metres from home and ran on well to win by a length and a quarter.

The winner has shown rapid improvement all year, winning a Dusseldorf maiden in April and a Listed event at the same track the following month before Sunday’s G2 success.

Holy Roman Emperor was a Champion 2yo in France, winner of the G1 Prix Jean-Luc Lagardere in record time as well as the G1 Phoenix Stakes & G2 Railway Stakes.

He is Timeform’s highest rated 2yo ever by Danehill.

Out of a Secretariat mare, like Storm Cat, A.P. Indy, Gone West etc.

Like his sire, Honorius was a dual winning 2 year old. Later in his 2 year old season, he demolished his rivals by almost 3 lengths when taking out the Listed Juvenile Stayers Stakes at Rosehill over 1800m.

A versatile and genuine racehorse winning from 1400m – 2000m, Honorius proved himself to be a sound and durable racehorse, racing successfully from the age of two through to seven years. His achievements include: