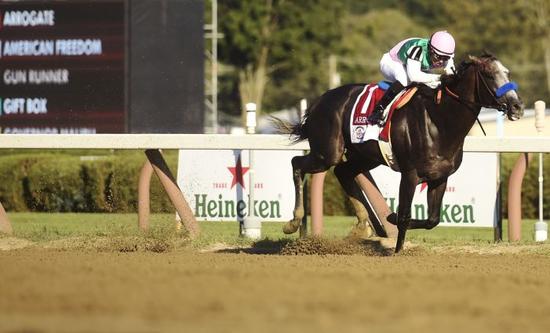 That’s a little hard to say being an Aussie, but it is a fact, the Breeders’ Cup is by far the World’s Best Race Series.

Australia has some of the World’s best racing, Royal Ascot is an incredible event, the Dubai World Cup improves year after year, but the Breeders’ Cup is the one that sets the standard.

The prize money is just part of the appeal, a win at the Breeders’ Cup is a guaranteed start to a stud career, it adds significant value to the horse, the sire , the dam and the family and that is where the big money is made.

A Breeders’ Cup victory is worth its weight in Gold.

In 1982 a group of prominent thoroughbred breeders from central Kentucky, led by the visionary John Gaines, hatched a plan. Their idea was to create a year-end, culminating championship for their sport. An event where horses from across the world could meet to settle the age old question, who is the best. An event that celebrated the best of horse racing. Put it on a national platform and helped to build the market for racing and breeding. Their vision – The Breeders’ Cup.

Before the best can race, the Breeders’ Cup need to determine who the best are. There are a few ways for a horse to qualify for a Breeders’ Cup race. The first is by winning a Breeders’ Cup Challenge race, which you can learn more about here. The second is based on a points system, where horses are ranked based on their performance in major races during the year. Points are awarded based on the following scale:

The third way to gain entry is to be selected by a panel of experts. For each race, there are a maximum of 14 horses selected for each Breeders’ Cup Championship race. Seven who come from the Challenge races and points system and seven who have been selected by the experts. This ensures the highest quality of competition.