Larneuk Stud has Some Exciting Sires for 2017 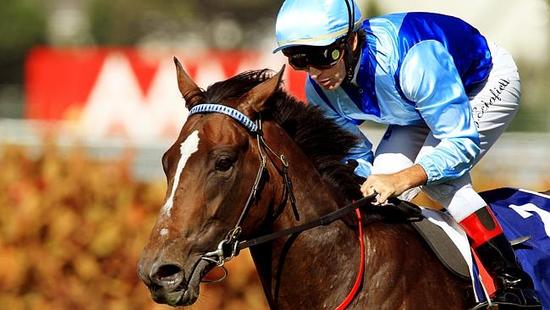 Larneuk Stud has Some Exciting Sires for 2017

Breeding Season is coming in Australia and Larneuk Stud has some very exciting propositions for broodmare owners.

Larneuk Stud is in the heart of Victoria’s most fertile thoroughbred country is home to exciting stallions – Cluster, Ilovethiscity & O’Lonhro and in 2017 we are proud to introduce two additions to our stallion roster this season. Wolf Cry who is a Magic Millions winner and G2, Listed son of Street Cry and Holy Roman Emperor’s Stakes winning son Honorius who has an impeccable pedigree.

With progeny of O’lonhro and Ilovethiscity achieving great results on the racetrack we have now witnessed the arrival of Cluster’s first crop of foals who are receiving rave reports from all that bred to him.

Whatever bloodlines your mare boasts, you are bound to find a suitable mate amongst our stallion roster.

Wolf Cry is a son of the great Street Cry – whose name has been in the headlines with the amazing deeds of his superstar daughter Winx. He is a magnificent type being purchased by James Bester at the 2014 Magic Millions where he was secured for $320,000 (the fifth highest priced Street Cry colt that year). Showing early toe, Wolf Cry contested the first two-year-old stakes race for the season, the Listed Breeders Plate at Randwick in early October. He finished a pleasing third behind the subsequent Golden Slipper winner Vancouver. On proving himself a serious horse he was turned out.

Bred to be a Champion Honorius is a 7 year stallion with an impeccable pedigree and strong racingcredentials that will prove to be popular in Australia, Hong Kong, Japan, Europe, UK and Singapore, a strong turf stallion that performed at the highest grade Honorius is set to be a future star. He is by proven sire in both hemispheres, HOLY ROMAN EMPEROR, a Coolmore owned sire of ten individual Group 1 winners in seven different countries.

Brilliant Group 2 winning and dual group placed son of champion sire Fastnet Rock. From a female line littered with 2yo stakes performers this stunning individual is blessed with great scope and strength and exudes presence.

Son of champion sire Lonhro from multiple group winning mare Mamzelle Pedrille. This record breaking Group 2 winner has inherited his sires outstanding looks and magnificent conformation so it is no wonder his progeny are performing on the racetracks. From limited numbers O’Lonhro has an amazing winners to runners strike rate of 45.1% with 19.6% placegetters. [51 runners, 23 winners & 10 placed]. With his best yet to come we look forward to the coming season to see his career continue to rise.

This Group 1 winner is an imposing chestnut from a sireline that is stacked full of 2yo speed. His sire Magic Albert was a four time winner at 2 while his grandsire Zeditave won 10 of his 11 2yo starts including the Group 1 Blue Diamond Stakes – his only defeat being the Golden Slipper. Zeditave is a son of champion sprinter The Judge who is by the multiple champion sire Showdown.