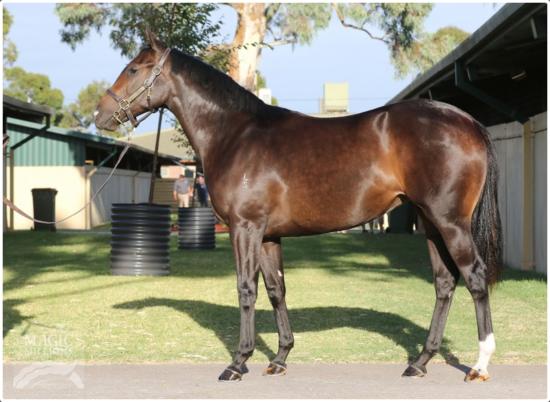 Larneuk has produced another round of exceptional yearlings well worth considering.

You will not find them at any of the sales they have all been retained on the farm and are available for viewing by appointment.

3 hot sires are well represented in the yearling draft, Cluster, Ilovethiscity and O’Lonhro.

Cluster is one of the nations leading 1st season sires with 2 runners for 2 winners and some very impressive 2yo’s that will begin racing over the next few months.

And in the space of just five days a winner and black type!

A cracking type in his own right, Cluster is by Champion Sire and sire of sires in Fastnet Rock (137 stakes winners), and is from the Flemington stakes winner Tarcoola Diamond.

Successful family? The first two dams alone have produced 13 winners from 15 to race and the pedigree emanates precocious speed. What’s more, Cluster was lightning quick: finishing second in the Group Three San Domenico in his first run at three, he was a neck third in the Group Two Stutt Stakes and capped off his career with a brilliant victory in the Group Two Theo Marks Stakes. Better still, the acorn hasn’t fallen far from the tree as he is really ‘stamping’ his progeny, as evidenced by the first of his yearlings selling up to $72,000 at 2018 yearling sales – 12 times service fee.

The victory places Ilovethiscity within an elite group of sires that have both won a Group 1 and produced a Group 1 winner.

He has also produced the likes of stakes placed Chapel City, city winners Plenty To Like, Ilovevegas, Brisvegas and City of Dreams together with Singapore winner Filibuster.

O’Lonhro has gotten off to a good start at stud with his first few crops producing Mamzelle Tess, the winner of six and Group placed in May, stakes placed O’Lonera – also a 6-time winner with over half a million in the bank – O’Lonh Star (6 wins), Big Reel (6 wins), O’ So Hazy (5 wins). All up … nearly 70 winners of circa $4 million. That’s pedigree and performance AND excellent value with his fee just $5,500 inc. GST.

There is excitement in the air at Larneuk Stud and at the Cranbourne stables of Greg Eurell with the exciting Larneuk bred three-year-old O’Tauto (O’Lonhro x Taut) nominated for the inaugural running of the rich All Star Mile to be run at Flemington on March 16 and lining up for the CS Hayes Group 3 on Feb 16.